In 2015, Google launched App campaigns to make app promotion easier for developers on a variety of platforms. Instead of setting up numerous Google Search and Play app campaigns, developers only had to input a few lines of text, image assets, and their start bid; Google’s algorithm would handle the rest.

Google announced in January of this year that, effective immediately, all new app install campaigns created in Google Ads would be run on App Campaigns. All existing search, display, and YouTube app install advertising will come to an end as a result of this change. App campaigns streamline the process for both developers and digital advertisers by making it easier than ever.

How Do App Campaigns Work?

App campaigns eliminate the majority of the ad development work, as opposed to Google Search or Google Display advertisements. Rather than forcing you to create unique ads, Google generates a variety of formats and combinations by utilising text concepts and uploaded assets. Google uses your campaign’s objective, as well as the languages and regions you wish to target when optimising it.

App campaigns have three possible goals: app installs, in-app actions, and in-app action value. If you want to increase the number of new app users, Google Ads will adjust your starting bid and targeting to get you the greatest number of app installations within your daily budget if your objective is to create new customers for your application. Use in-app actions as your objective if you’re looking for more valuable consumers who will perform specific in-app activities that you’ve already designated as conversion events. Finally, if your aim is to hit a revenue goal, set the campaign objective to the value of the in-app action. However, only contemplate this third, more sophisticated option after.

How to Create an App Campaign

Creating an App campaign with Google Ads is straightforward. To advertise your app, you’ll need only four independent lines of text in an App campaign. You can also add up to 20 videos, 20 images, and 20 HTLM5 assets to the ad copy and upload any assets after that. The optimisation objective for your campaign may be set as app downloads. After that, you choose your target bids and daily budget to get started with your app campaign. Learn more about the many sorts of mobile app conversions you may track using Google Ads if you want to measure specific conversion events surrounding your App campaign.

How to Establish a Bid Strategy and Budget

You’ll set a goal CPI if your goal is app installs. When establishing a target CPI, consider how much you’re willing to pay for each new user to download your app. If you’re unfamiliar with the term, take a look at the 2018 average cost per install rate. In-app events for campaigns that focus on in-app activities will be the target CPA. This figure indicates how much you’re willing to pay for a new app user who is more likely to perform your intended app action. The bid is the average amount you’d want to spend if someone downloads your app and performs an in-app activity.

Google’s App campaigns simplify the app development process and optimise your advertisements in real-time, allowing you to target your app advertising to the appropriate people and in the proper context, saving you time! The only things you need to concern yourself about are your desired CPI or CPA and the success of your various ad combinations.

PrevPreviousThe Rise of Data-Driven Branding
NextHow Do I Create a Content Outline?Next
﻿﻿
Let’s Create Something Amazing Together!
Connect with the Star Team to find out how. 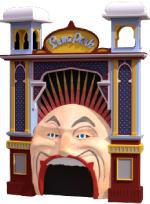 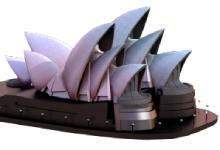 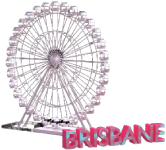